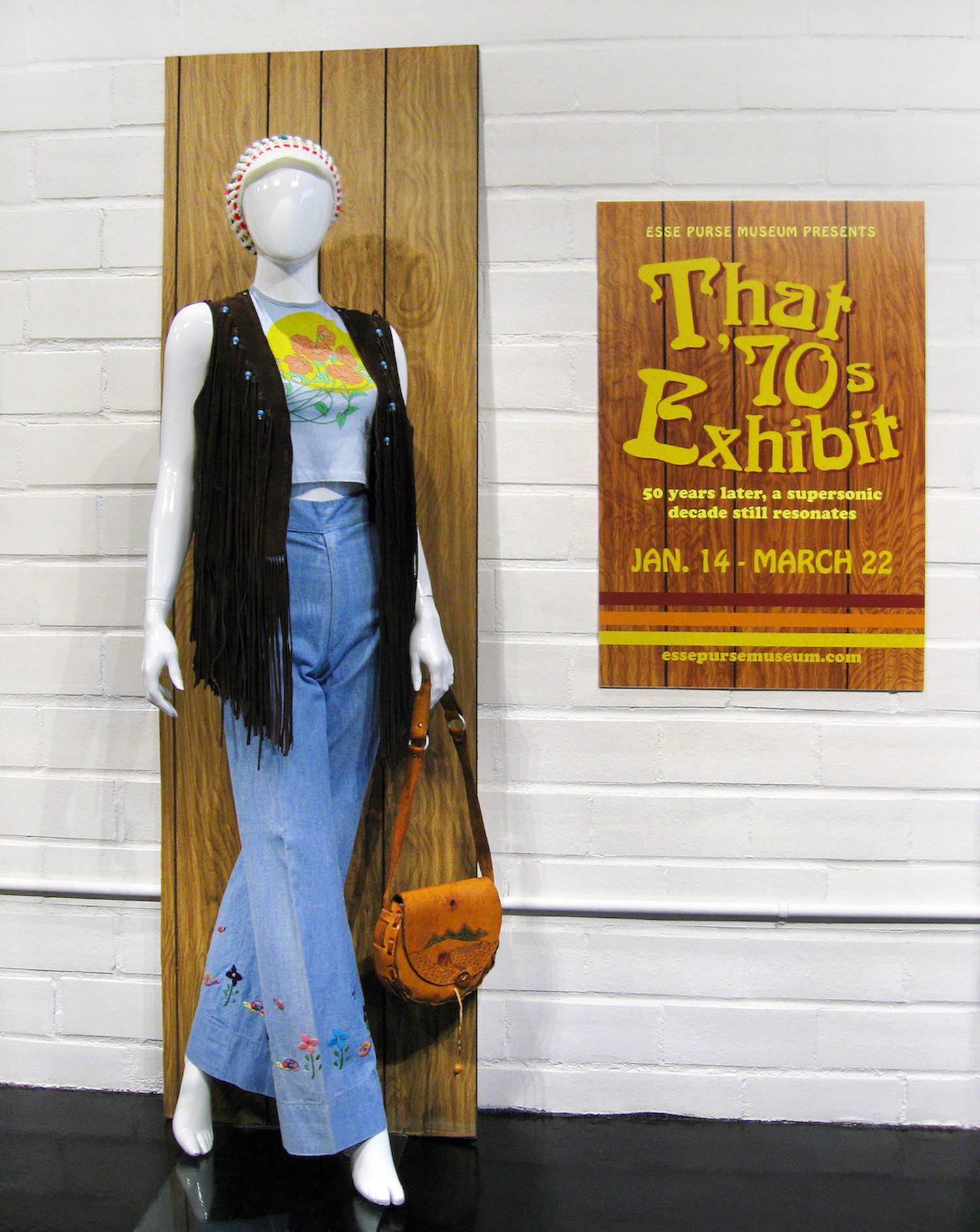 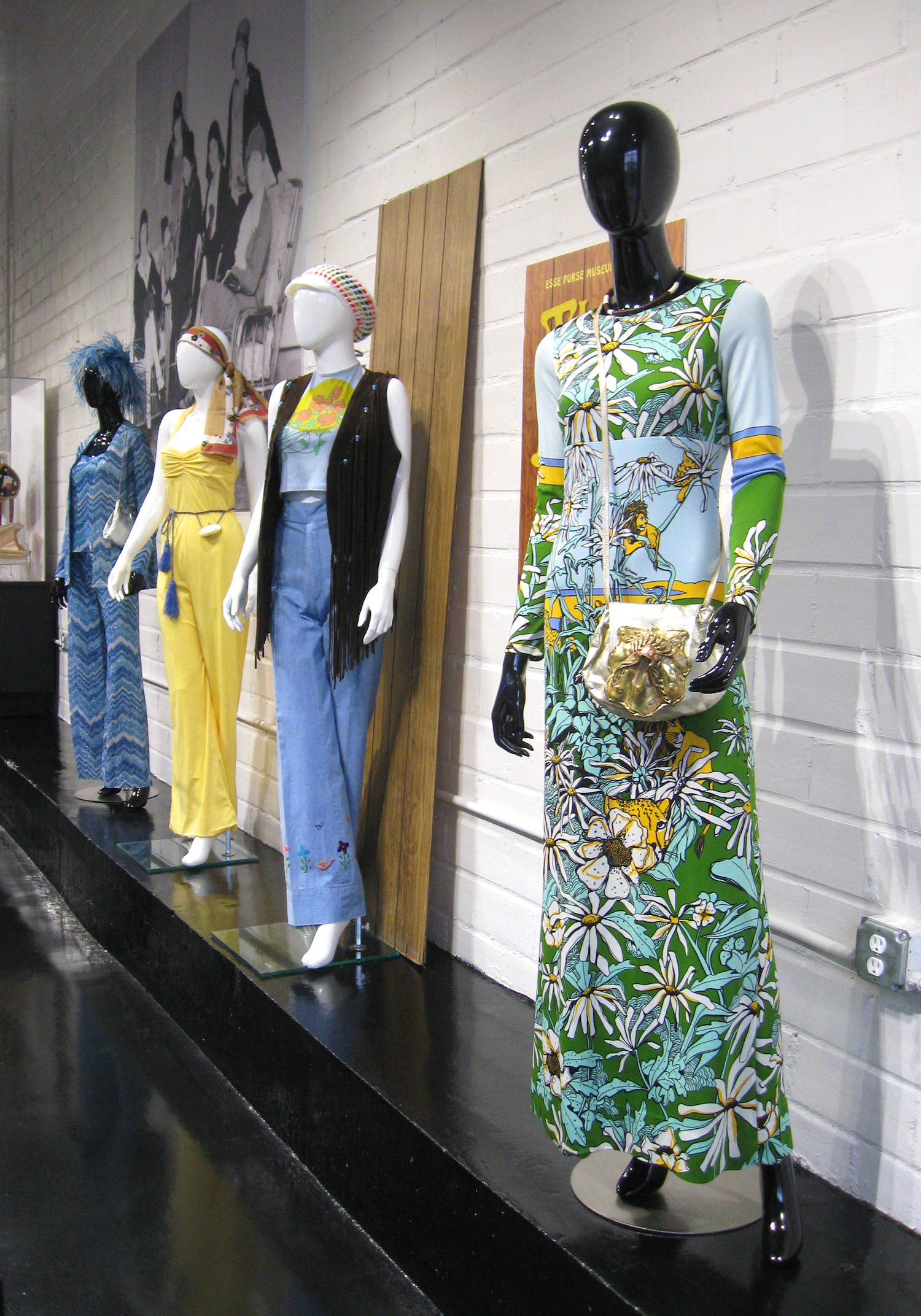 The 1970s started with a sociopolitical and cultural bang. In 1970 alone, the Beatles broke up, breaking the hearts of music lovers everywhere; the shooting at Kent State went down, further dividing a divided nation; and Apollo 13’s space disaster made the phrase “Houston, we have a problem” famous. On Aug. 26, the Women’s Strike for Equality shut down Manhattan’s Fifth Avenue, as 50,000 females marched – on the 50th anniversary of women gaining the right to vote.

By June 1972, President Richard Nixon signed Title IX into existence. In theory (and by law), “No person in the United States shall, on the basis of sex, be excluded from participation in, be denied the benefits of, or be subjected to discrimination under any education program or activity receiving Federal financial assistance."

Some women’s lives changed forever on January 22, 1973, when Roe v. Wade legalized first-trimester abortion and struck down many state restrictions on abortions in the United States. Roe has remained a hot-button item, though, and as 2020 dawns, the cultural war over women’s right to choose still rages.

In 1971, Norman Lear’s sitcom All in the Family turned television upside down; anti-hero Archie Bunker pontificated on all things racist and sexist, only to have his long-suffering, brilliant-beneath-her-bumbling wife Edith teach him the error of his ways. Eternally popular in reruns, All in the Family also made a live-performance appearance in 2019 – with a modern cast, of course – emphasizing that in the real world, sometimes the more things change, the more they stay the same.

Take the fabulous Lauren Hutton. Designated “The ’74 Model” by Newsweek and credited as being the first “supermodel” when she became the face of Revlon, Hutton is still a force de resistance in her mid-70s, whether walking high-fashion runways or appearing in print.

In real-life, women continued to struggle for equal opportunity – and pay – but in May 1977, Princess Leia Organa shot through the galaxy via the movie screen, a Star Wars hero who could take charge, take names, and kick ass if necessary. In December 2019, General Leia Organa still led the way in the final episode of the saga.

Though women still have a way to go – and the Equal Rights Amendment has yet to pass – the bang of the ’70s never ended. If you listen, you can hear the drumbeat. We hope our exhibit will make your hearts beat in time. 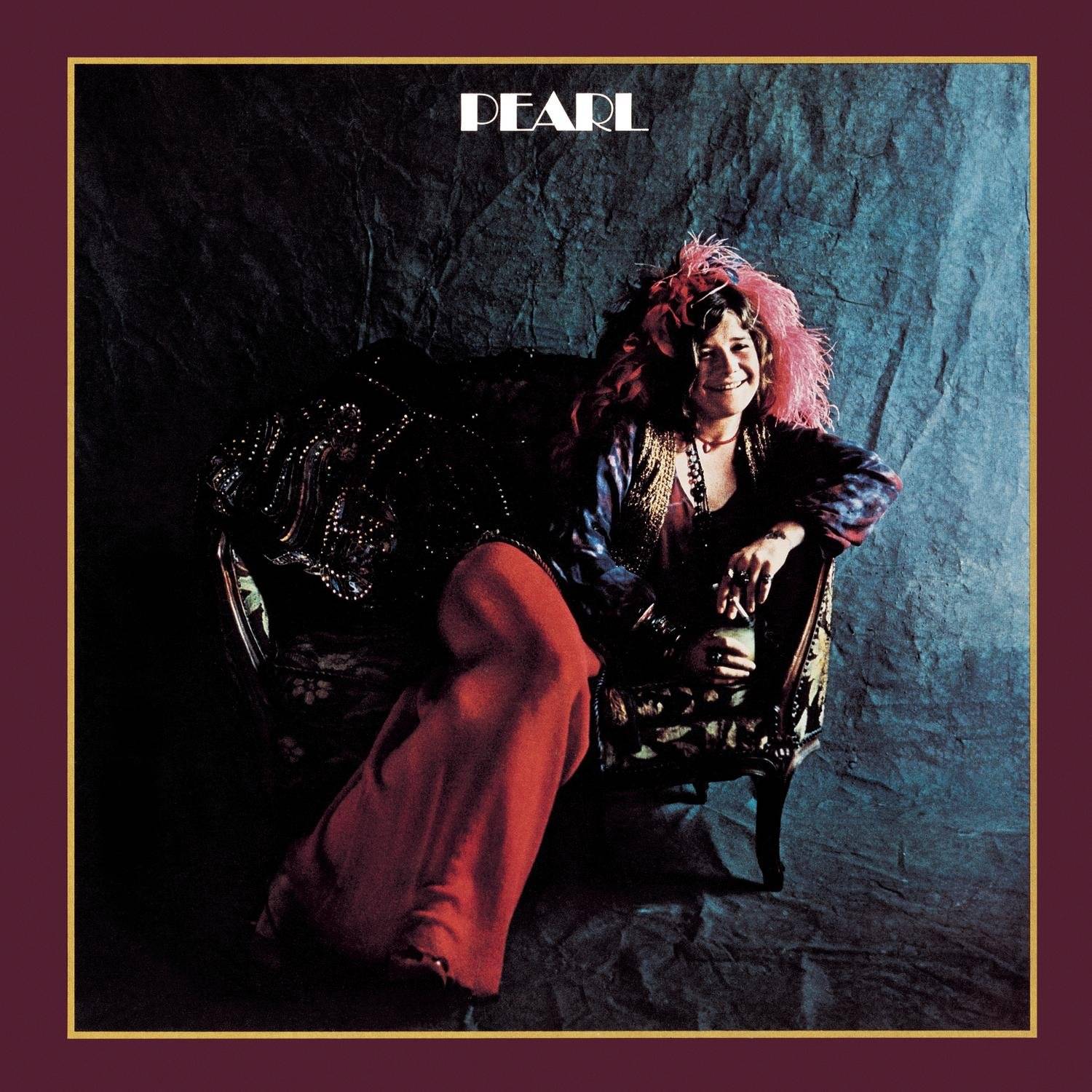 "Queen of Rock 'n' Roll" Janis Joplin dies at 27 of a heroin overdose. Her smash hit album Pearl, released posthumously, hits No. 1 the following February, where it remains for nine weeks. 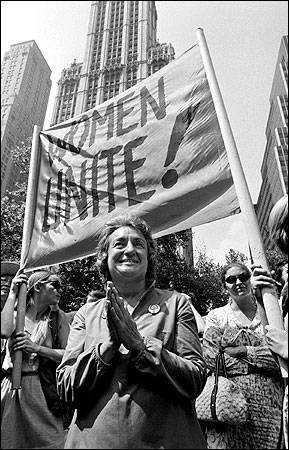 Fifty years after wining the right to vote, 50,00 feminists, led by Betty Friedan and others, march down Fifth Avenue in New York City in the Strike for Equality on August 26. 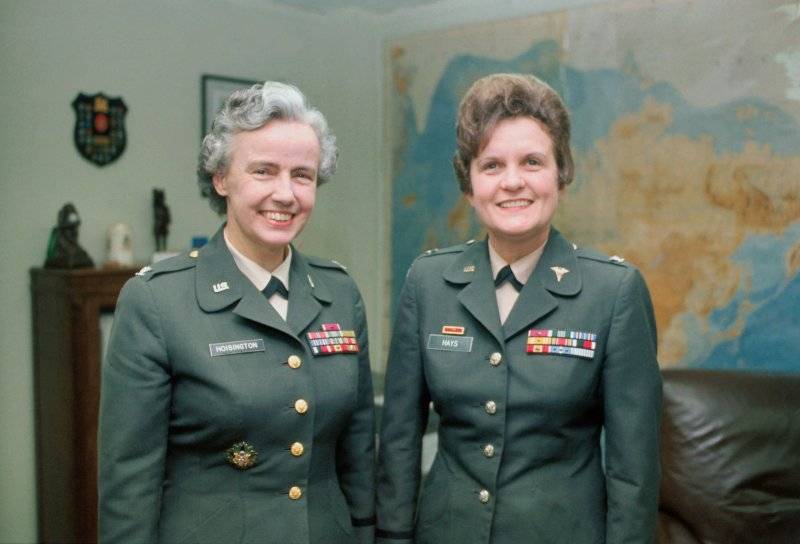 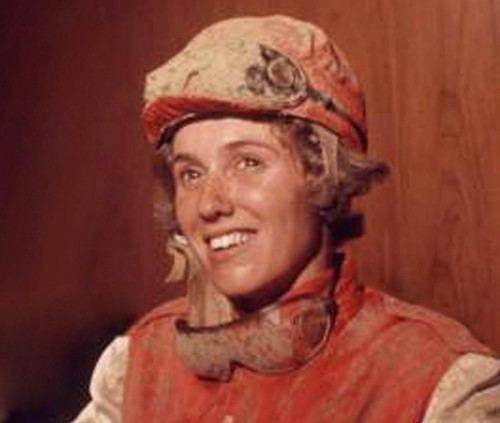 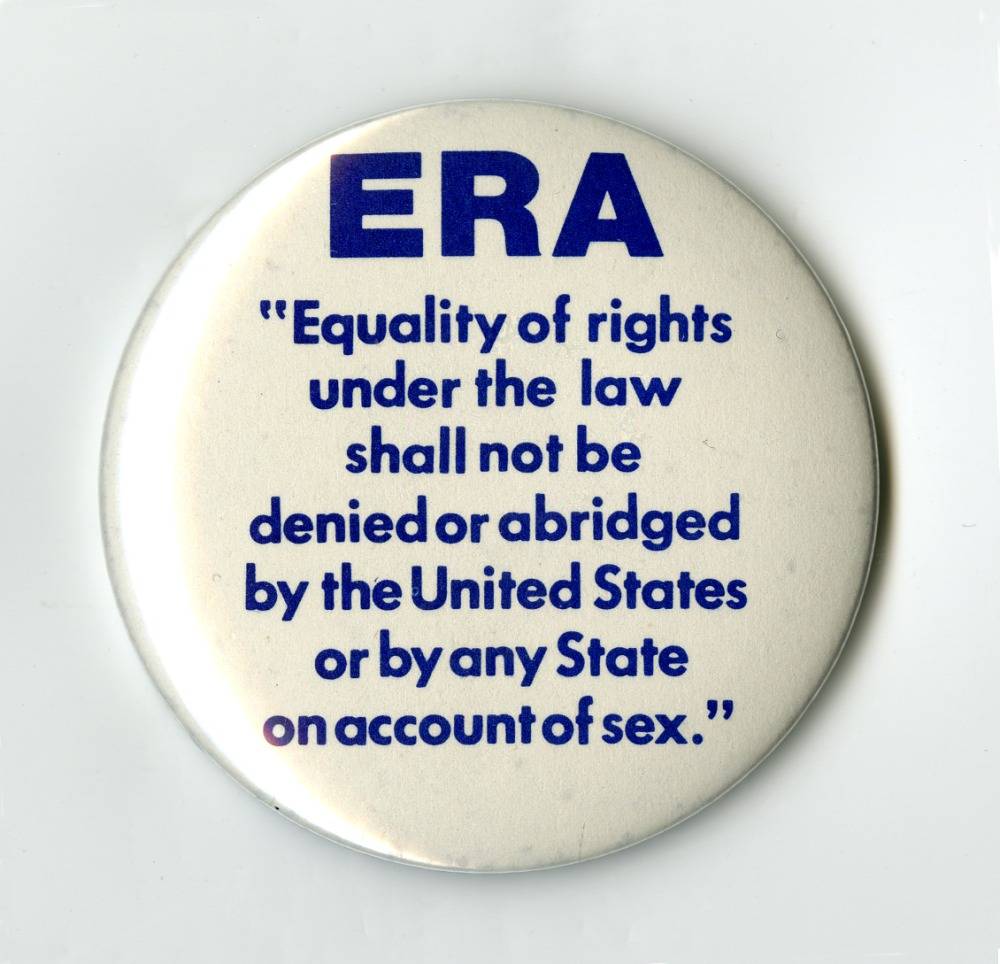 The Equal Rights Amendment is passed by both houses of Congress and President Richard Nixon but fails to gain enough states to be ratified before time runs out in 1982 - Arkansas still hasn't passed it. 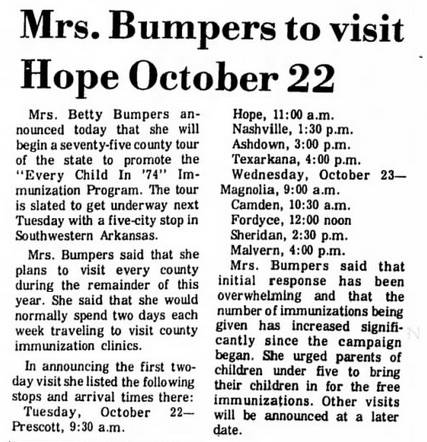 Arkansas First Lady Betty Bumpers launches her "Every Child by '74" campaign for childhood immunizations, taking Arkansas from one of the lowest immunization rate states to one of the highest. 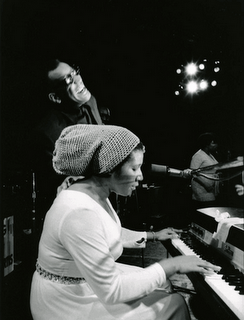 In a March 5-7 run, "Queen of Soul" Aretha Franklin becomes the first R&B performer to play at the Filmore West. Her chart-topping double-live album of that run was released in May. 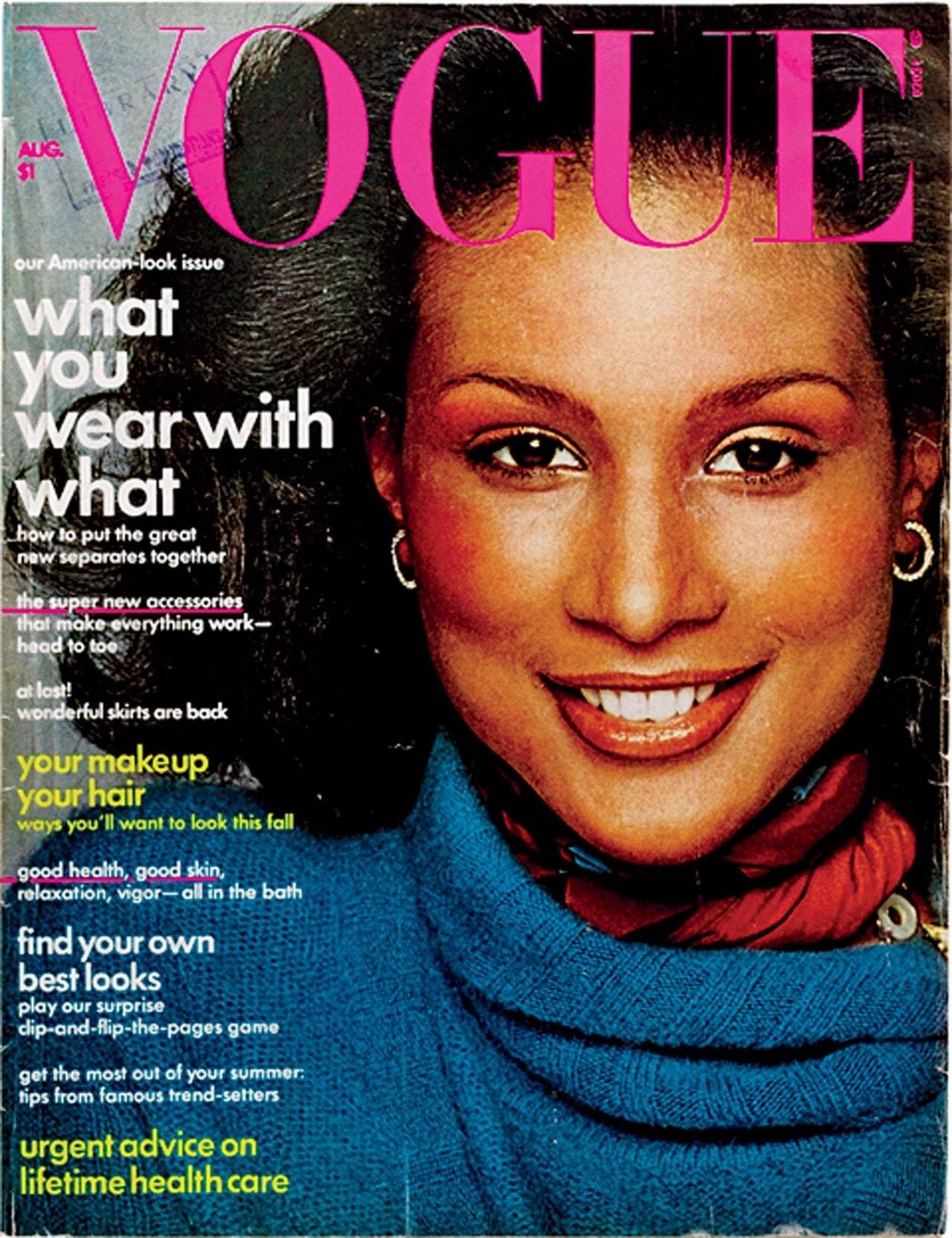 1973-74Beverly Johnson is the first black cover model for Vogue in August and quickly goes on to become the first African-American supermodel. 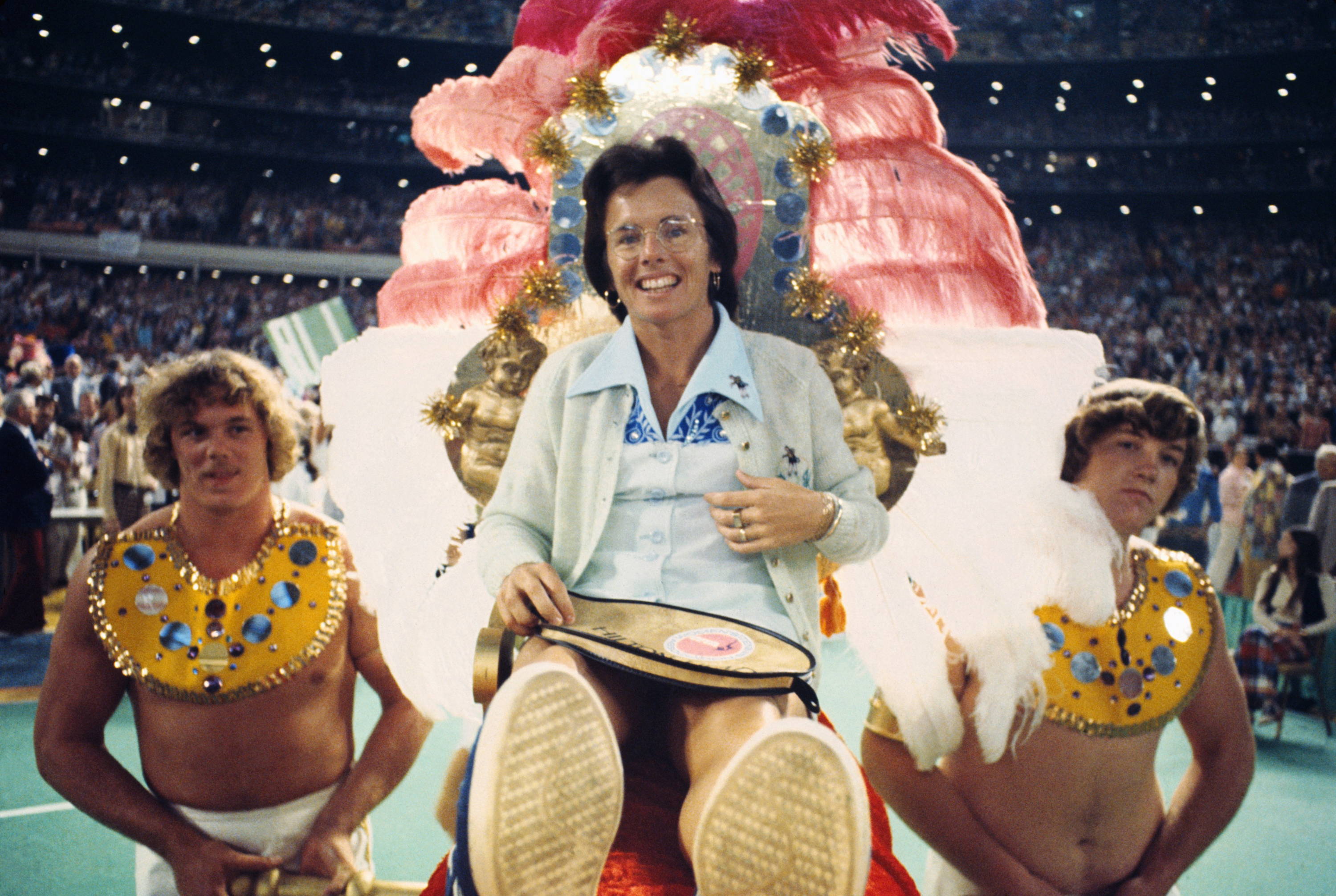 Billie Jean King beats Bobby Riggs in straight sets during "The Battle of the Sexes," a tennis exhibition match on primetime TV on September 20 - and draws 90 million viewers. 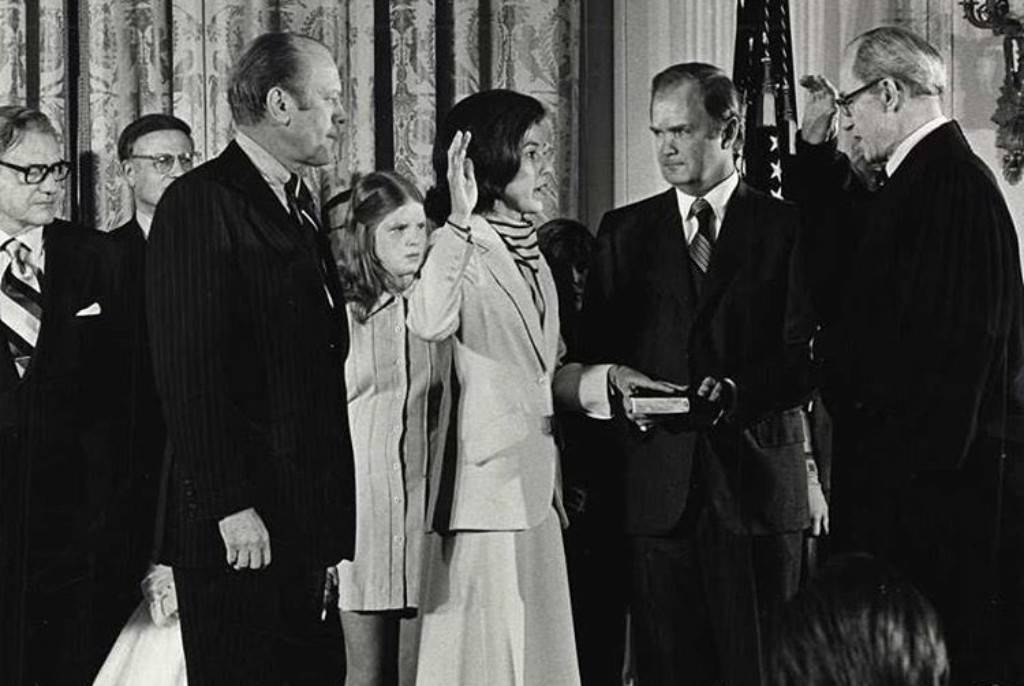 On March 10, Carla Hills becomes the first woman to serve as the Secretary of Housing and Urban Development. 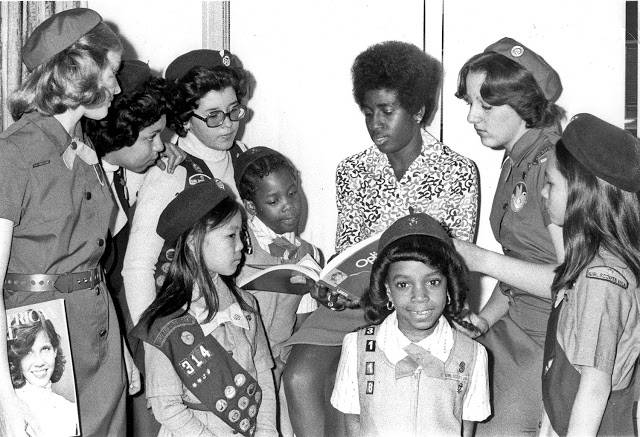 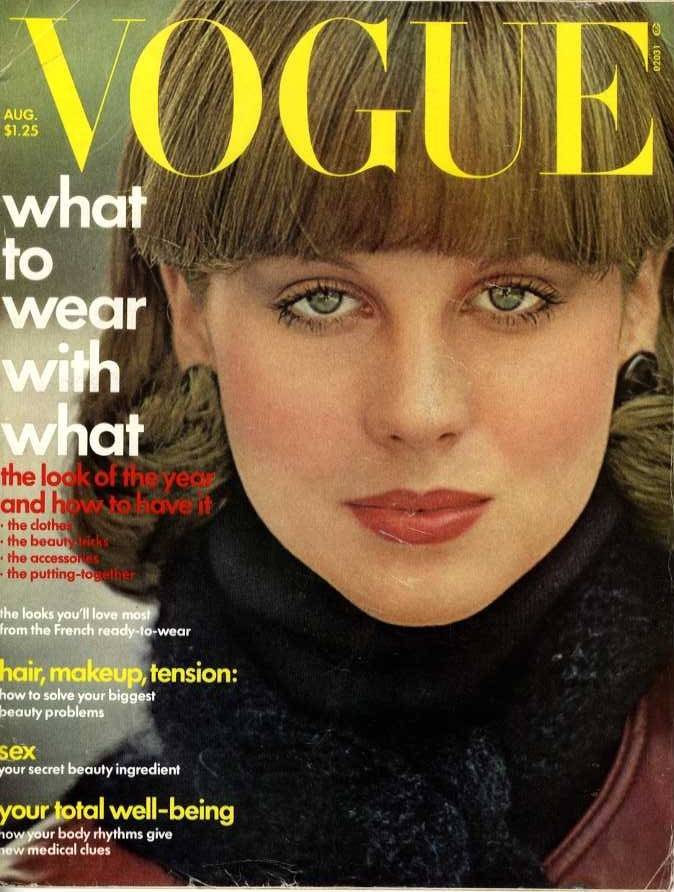 Rosie Vela, who began a local modeling career in college, leaves the University of Arkansas after the death of her young husband, moves to New York City, and hits the big time, gracing covers from Vogue to Newsweek. 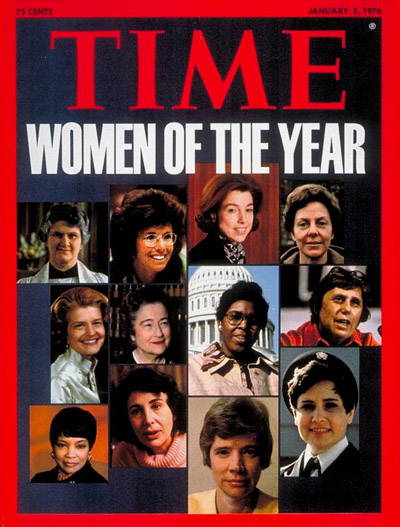 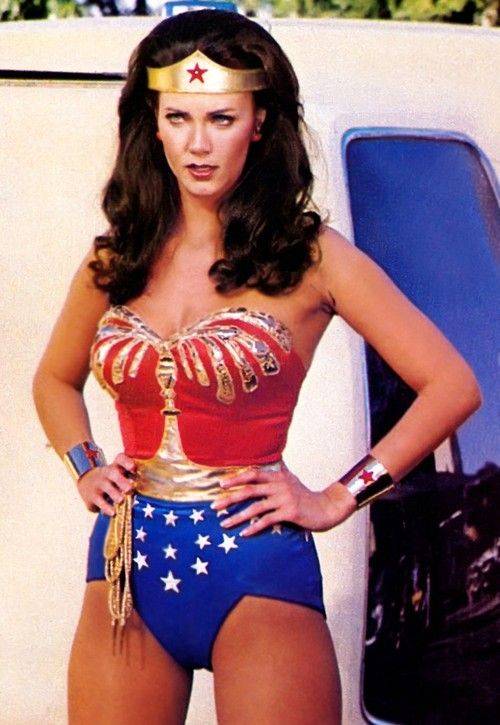 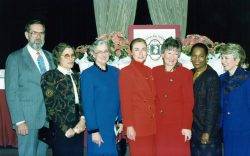 Hillary Rodham Clinton and others found Arkansas Advocates for Children and Families, and Clinton is appointed the first president of the Board of Directors. 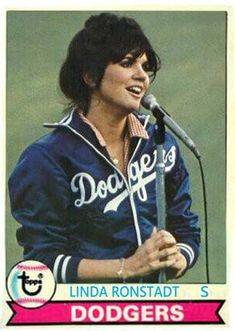 "Queen of Country Rock" Linda Ronstadt makes the Feb. 28 cover of TIME magazine and sings the National Anthem at game three of the World Series between the Los Angeles Dodgers and New York Yankees. 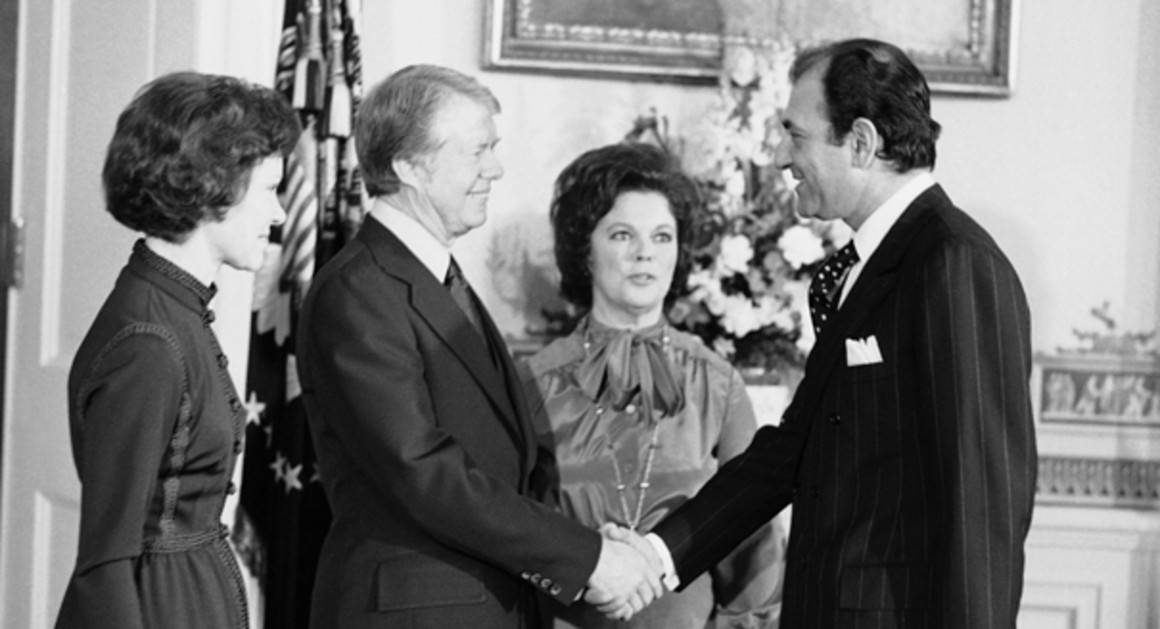 Shirley Black, aka Shirley Temple, is the first female chief of protocol at the StateDepartment, serving during Gerald Ford’s presidency. 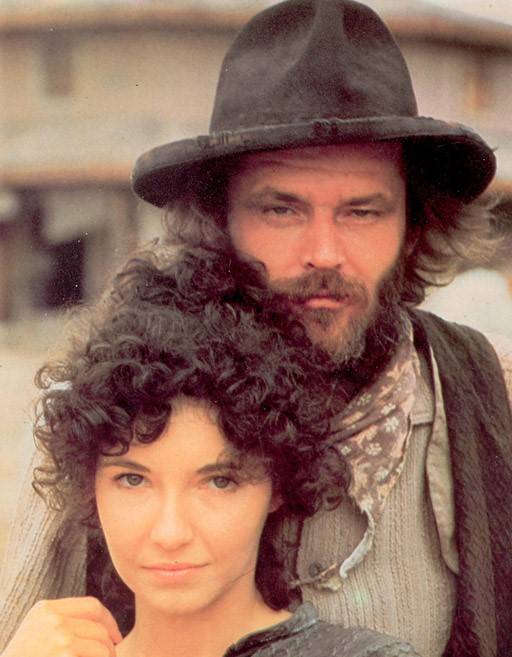 Actress Mary Steenburgen, who left North Little Rock for New York City in the early '70s, is discovered by Jack Nicholson, who casts her in his Western "Goin' South," the beginning of a still-flourishing career. 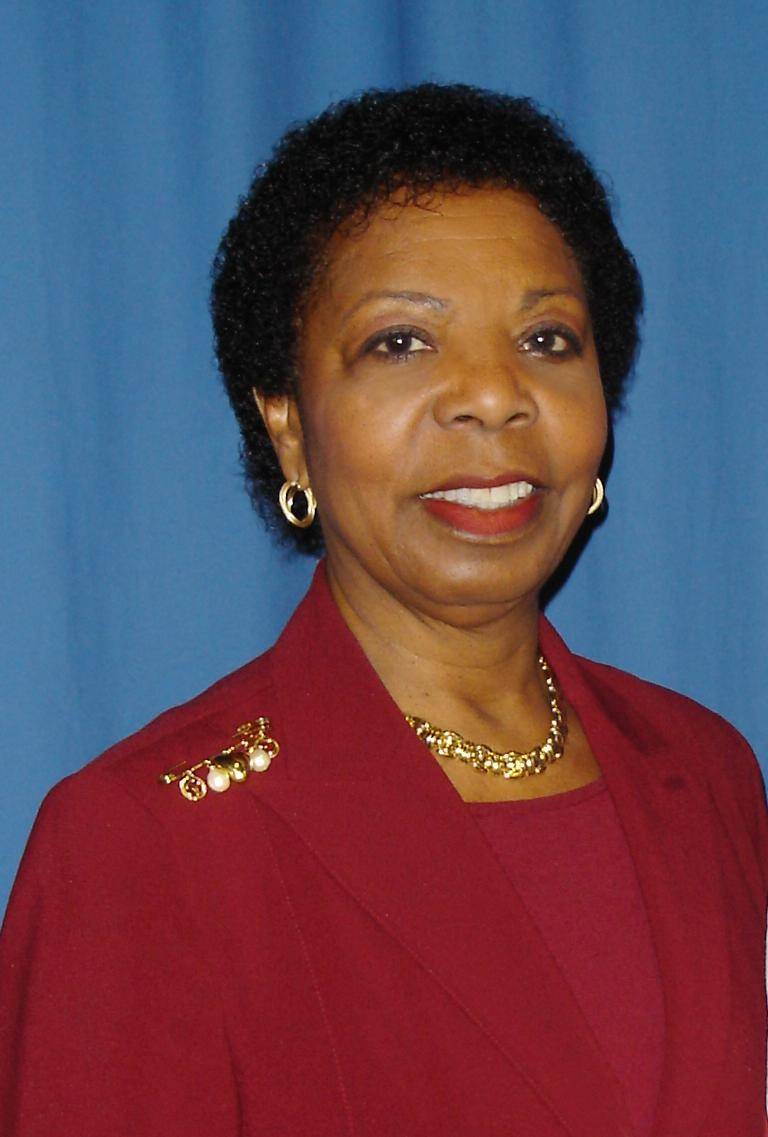 Lotte Shackleford, by appointment, is the first black woman seated on the Board ofDirectors of Little Rock; two years later, she runs for the seat and is the first blackcandidate to win a majority in a citywide race. 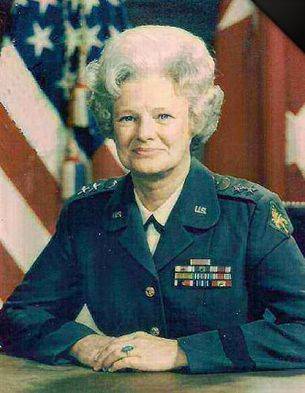 Mary E. Clark, in June, is the first woman to achieve the rank of major general in the United States Army. 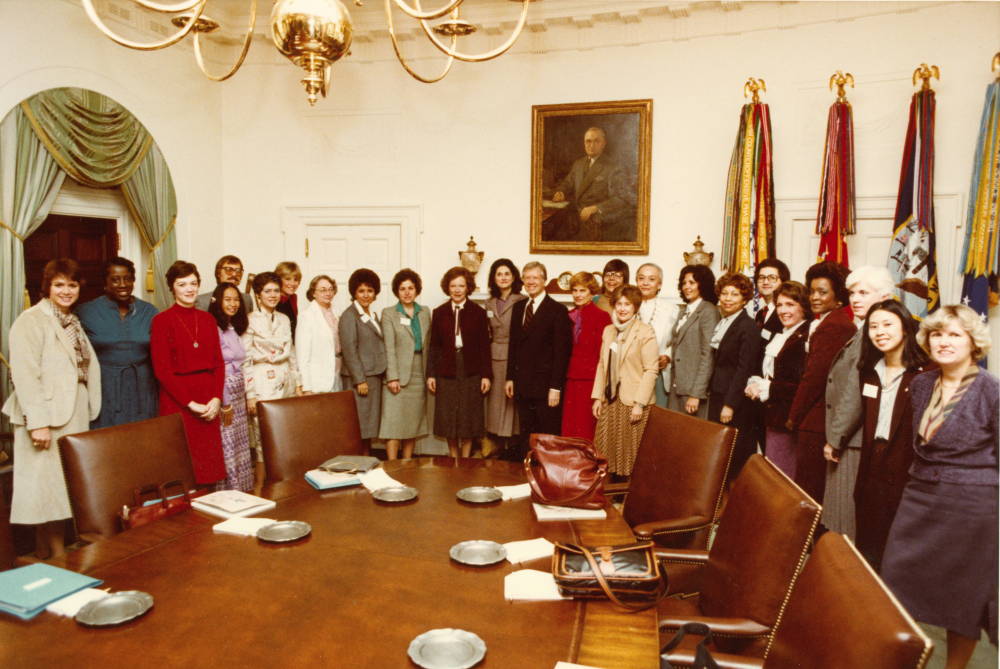 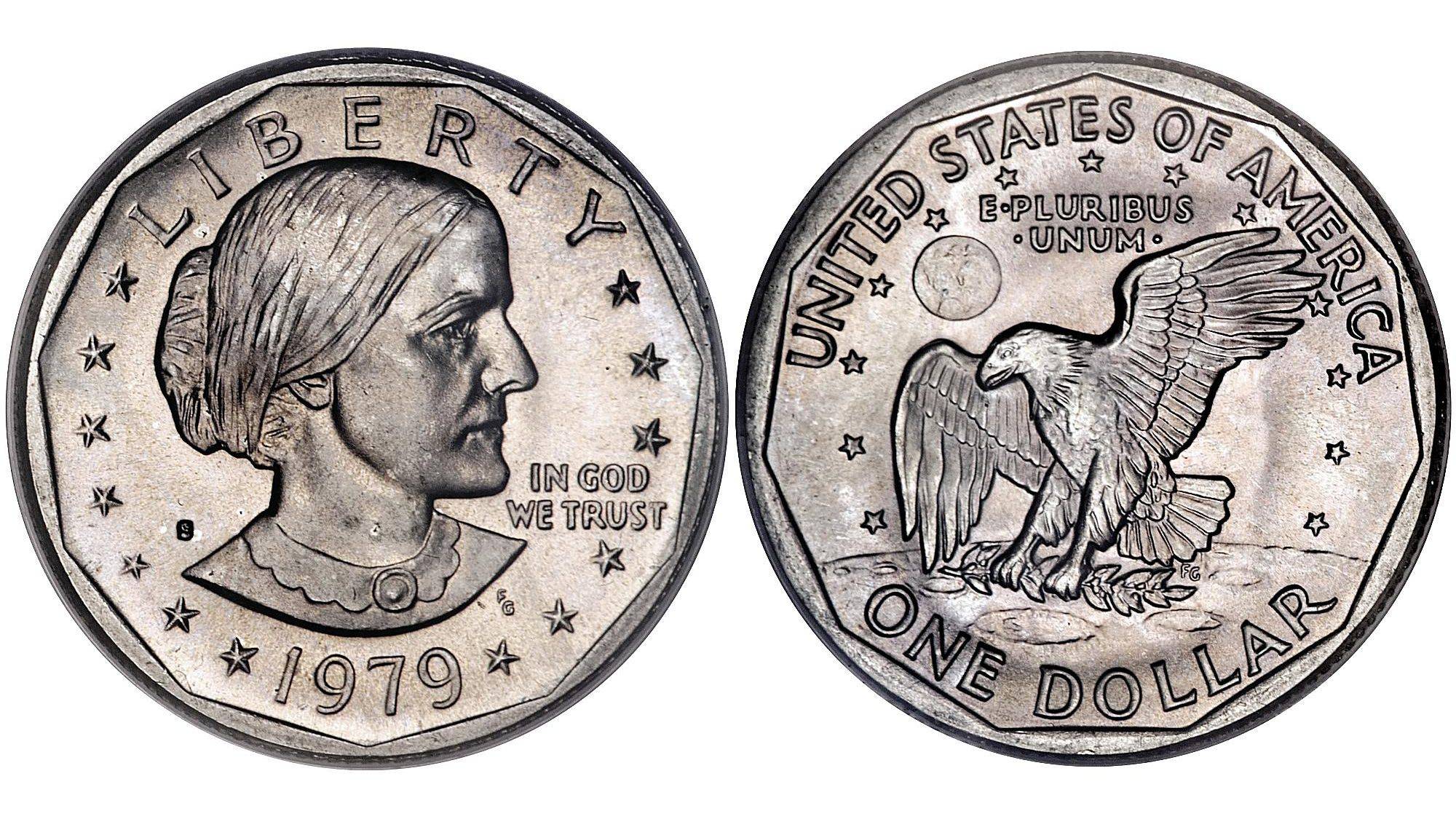 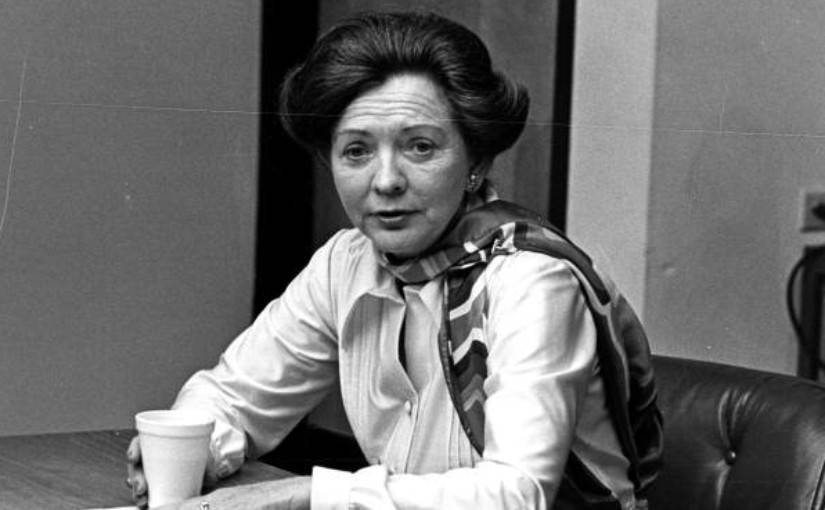 1979Shirley Hufstedler becomes the first U.S. Secretary of Education on Nov. 30, under President Jimmy Carter, coming from her spot as the highest-ranking woman in the federal judiciary, a judge of the Ninth Circuit Court of Appeals. 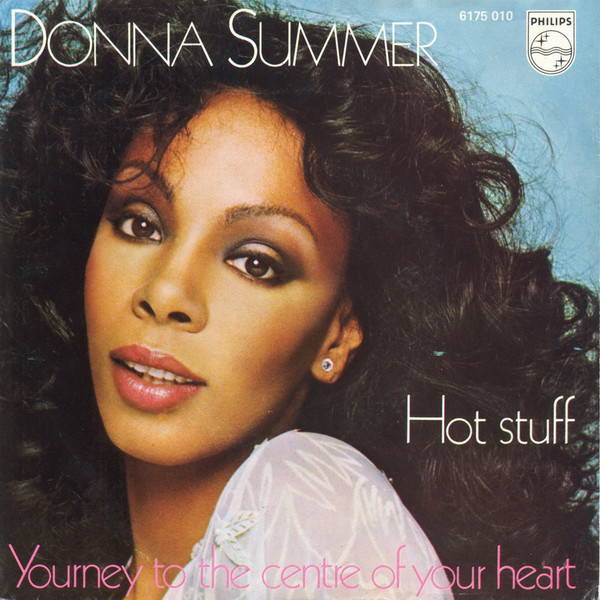 Donna Summer, the undisputed Queen of Disco from 1975’s “Love to Love You, Baby” on, hits a zenith of success at the end of the decade, before breaking with the genre to branch out into other musical styles.